The National Parks brochure does a fine job of describing this monument:
“On a main east-west trail, dating from antiquity, rises a great sandstone promontory with a pool of water at its base. The Zuni (A:shiwi), whose Puebloan ancestors lived here, call it Atsinna – ‘place of writings on the rock.’ Spaniards called it El Morro – The Headland. Anglo-Americans called it Inscription Rock. Over the centuries those who traveled this trail stopped to camp at the shaded oasis beneath these cliffs. They left the carved evidence of their passage – symbols, names, dates, and fragments of their stories – that registers the cultures and history intermingled on the rock.”
Carvings in the sandstone date from several centuries ago to 1906 when federal law prohibited further carving. 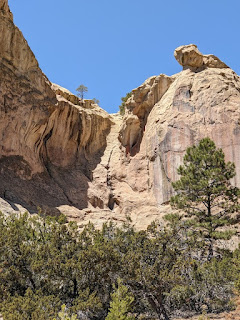 ...with a shaded water source: 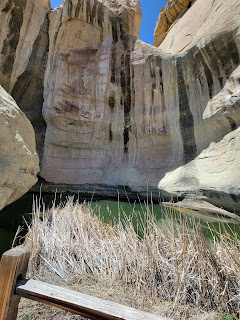 The sentiment repeated throughout the inscriptions: "...pasamosporaqui" ~passed by here (inscription from 1636?) 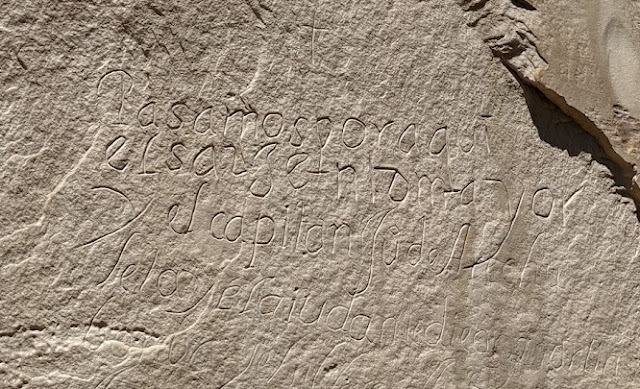 1200s: Puebloans. The Atsinna village site on top of El Morrow was built in the late 1200s. Atsinna and nearby sites continue to be sacred places for the Zuni. 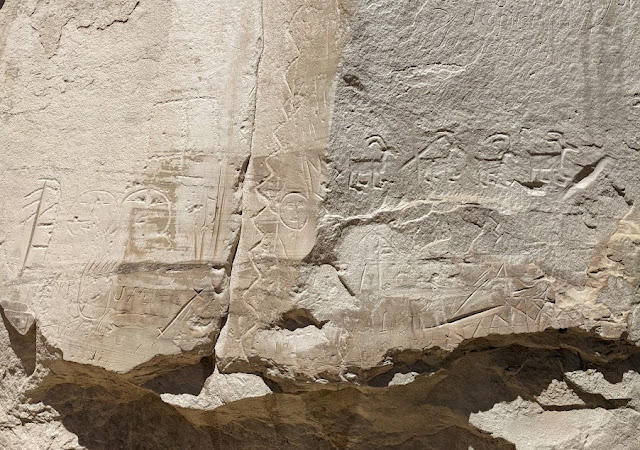 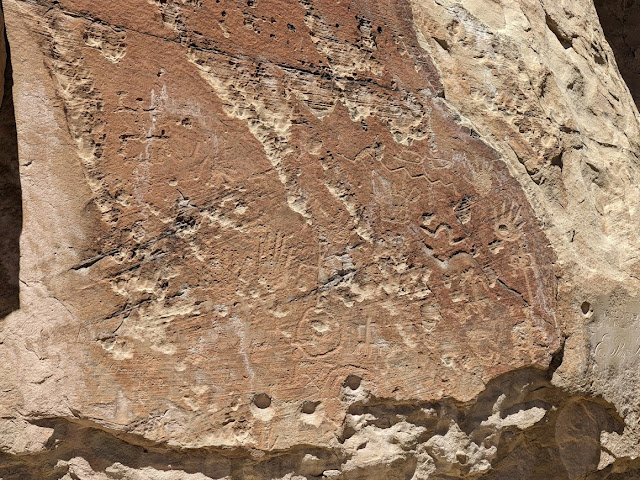 Mid 1800s: Immigrants to California, US Army exploration, and railroad-survey expeditions. Lt. James H. Simpson, an Army Topographical Engineer, and Richard Kern, artist, took a side trip to El Morro in 1849. Simpson wrote up the first English description of what he named Inscription Rock; Kern created the first drawings of the inscriptions. 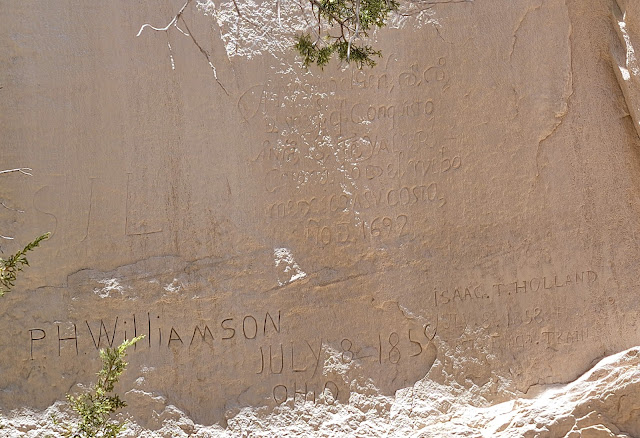 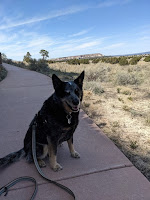 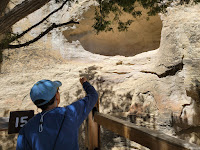 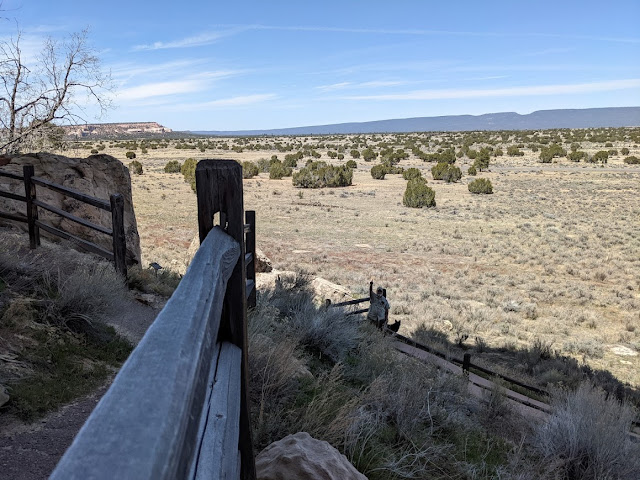