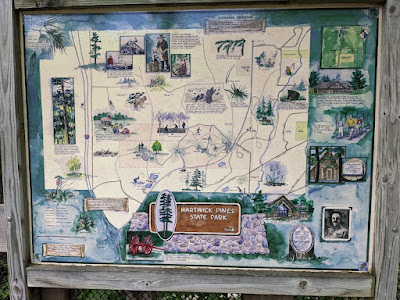 Hartwick Pines State Park covers 9,672 acres – including 49 acres of old-growth pine forest (which was 85 acres until a November 1940 wind storm took down roughly half the acreage). It is the largest state park in the Lower Peninsula and Michigan’s fifth largest park.

When most of the Eastern forest became depleted in the 1860s, the logging industry turned to Michigan’s forests. From 1869 until the turn of the century Michigan was the largest lumber producer in the country. In 1927, determined to preserve at least a wee bit of the forest, Karen Hartwick purchased over 8000 acres of land which included 85 acres of old growth white pine. A short while later, Hartwick donated the land to the state in memory of her husband Edward E. Hartwick, a lumberman who was killed in WWI. To commemorate the logging history of the region and her family (her father was a founding partner of the Salling-Hanson logging company), Hartwick also requested that the Hartwick Pines Logging Museum be built in the park.

After checking out the Visitors Center, we moseyed along the “Old Growth Forest Trail” which took us through stands of trees - primarily White Pine estimated to be between 350 and 375 years old and between 150 and 160 feet tall – giving us an idea of what Michigan looked like in pre-logging days. The trail also led us to a Chapel nestled in the forest and the Logging Museum. On the day we visited, it was “boiling day” at the Museum (boiling being the method for doing laundry).

Look up Kendall - waaaayyyyy up! 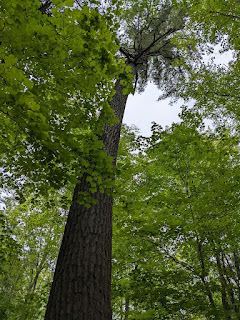 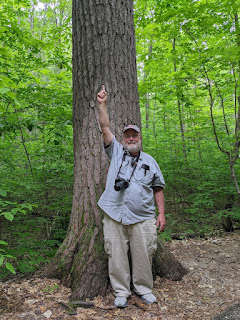 Fungus abounds - rather beautiful in its many shapes and forms 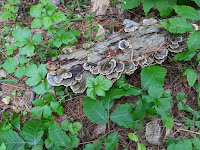 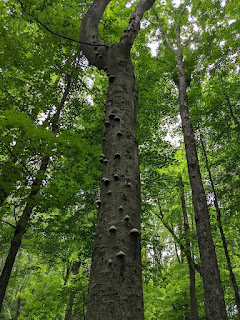 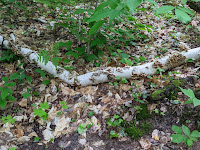 Amidst the beauty of the natural world, a few stunning pieces of human-crafted artistry.