I have a whole lot of catching up to do with this blog - a late May/early June trip to Michigan, our VaughanMiller family back together again in mid-June after 19 months without a Sasha in the house, creeping out of COVID-19 seclusion with many family and friend visits (mostly outdoors, small groups,  but visits none-the-less).

But! In the meantime, this weekend's running was so much fun I figured I'd skip over the catching up exercise (perhaps to post later) and revel in the weekend runs. I'm not 100% sure why I am so excited about these runs, but I suspect it is due to equal parts of running shoulder to shoulder with running buddies again and, well, actually running rather than slogging/jogging/dogging. So many of my runs over the last many months have been me and Taz lazily cruising around the town - he sniffing at every opportunity and me sightseeing, head swiveling every which way as we clop clop down the streets and trails. 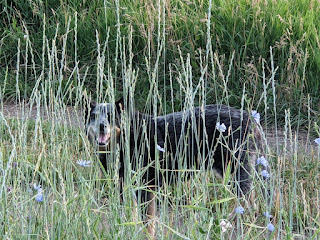 This weekend offered up a distinct change in the routine.

Saturday: a meet up with Connie and Anita at the South Boulder Creek trail for a 5 x 5 minutes hard/2 minutes easy interval workout. As usual, Connie was off in the lead, but Anita and I were right on each other's shoulders as we pushed through the 5-minute surges. An excellent workout indeed!

Connie cruises ahead (far, far ahead!): 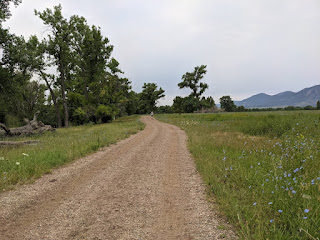 A quick pic during our 2-minute rest interval with South Boulder Creek in the background: 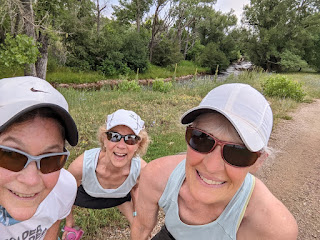 A warm-down pic of a flower-filled meadow. We talked about those flowers. It turns out that what is often referred to as "queen anne's lace", is known as "dog biscuits" in Sweden (Anita's home country) and as "cow's breath" in the southern United States.
I hereby dub this meadow: DogCowBiscuitBreath Meadow. 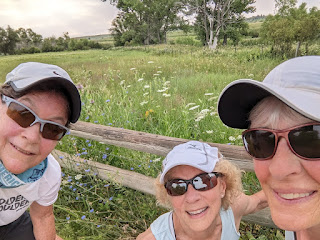 Today/Sunday: Connie and I ran to Longmont via a combination of country roads, trails and the LoBo trail - a run we've done several times in the past (but almost exactly 2 years since we last ran this together). Today's run was by far the most entertaining with many interesting tidbits. 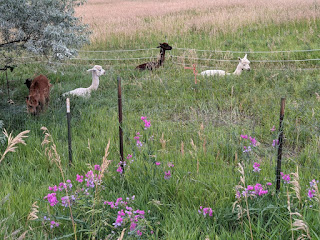 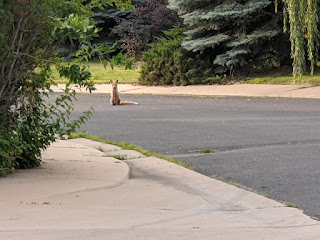 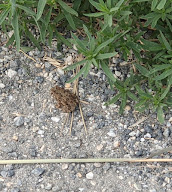 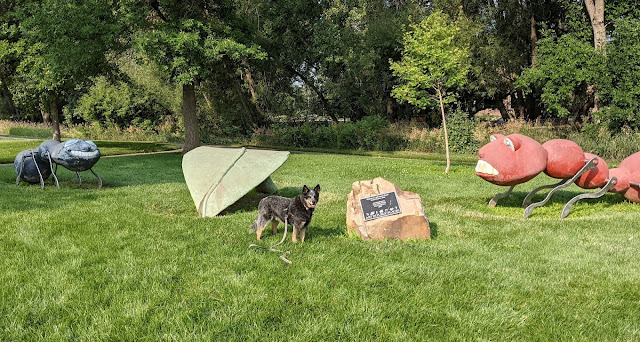 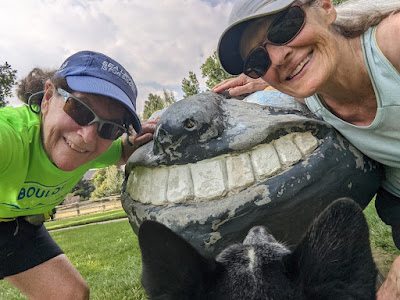